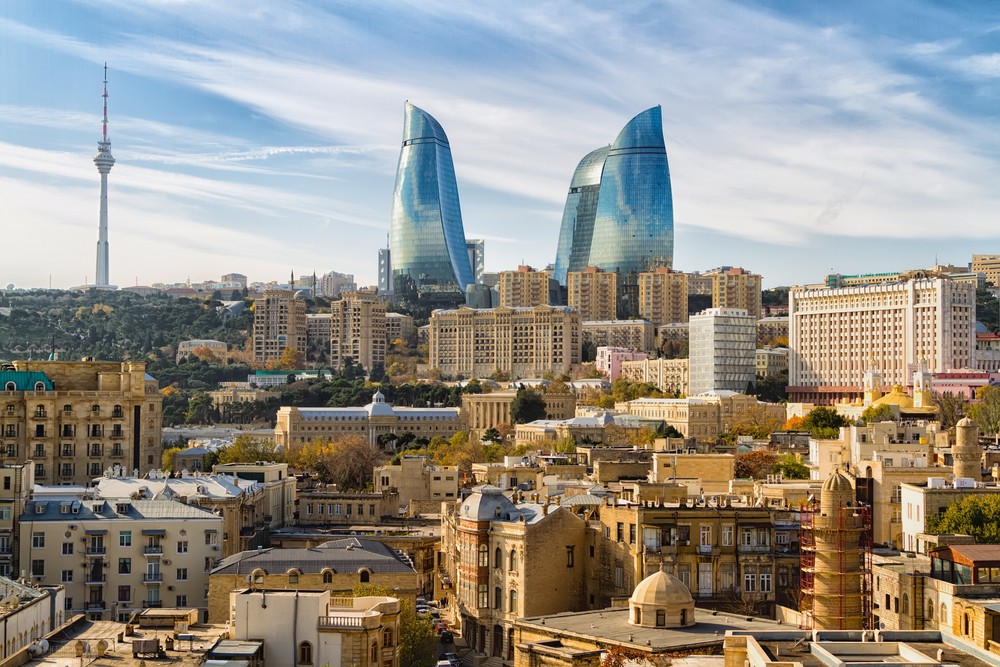 Are you the sort who seeks adventure & thrills but at the same time enjoys visiting monuments that tell unheard stories? Not everyone understands your unique tastes but that doesn't stop you from having fun your way. If this is you, then plan your next holiday to Baku, the capital of Azerbaijan. Baku is believed to be an eclectic mix of Paris and Dubai. Baku has been derived from a Persian word 'Bad-kube' which means wind pounded city.

A quirky place to visit, there are several things which you can do in Baku. And while you come back brimming with memories and those perfect Instagram captures, don’t forget to invest in the right travel insurance for a relaxed holiday!

Here are a few of them:

The Old City of Baku is home to legendary attractions leaving you spellbound. Maiden Tower and the Palace of Shirvanshah proudly show off the rich heritage of the country. Like a beautiful painting, its cobblestone streets, strong fortresses, stones of ancient walls and detailed artwork on the doors, bring it to life. Lose track of time wandering around while picking up a souvenir, enjoying tea and sampling the restaurants. The precious view of the boulevard gets complemented by merchants playing chess. It is a timeless place.

Azerbaijanis have been envied and admired in equal measure for crafting exquisite carpets. Apart from the captivating carpets, get enthralled by over 10,000 items of ceramics, metalwork, national garments and embroidery from the times gone by. View jewellery dating back to the Bronze Age.

Used to travelling in the Delhi or Mumbai Metro, but riding in Baku’s subway is a different experience altogether. Baku’s subway system may be a relic of the Soviet era, but it is the best way to explore the city. The subway stations resemble underground palaces. You cannot be faulted for getting overawed by the architecture which combines the modernity of escalators along with exquisitely designed decorations which highlight both Azerbaijani traditions and Soviet ideologies.

This temple is not only a holy place for believers of Zoroastrianism but also frequented by Hindus and Sikhs alike. A pentagonal complex along with a courtyard in the centre surrounded by cells for monks and the altar pillar in the middle gives it the appearance of a castle. For a legion of Zoroastrians indulging in trade through the Grand Trunk Road, this was a place of pilgrimage and introspection. Feel those bygone times when you survey this grand temple.

Gobustan is a national park that has been anointed as a World Heritage Site by UNESCO. The boiling lakes and bubbling mud volcanoes would make you feel that you are in another world. Azerbaijan comprises around 300 mud volcanoes across its shores, seas and islands.
[Also Read : Benefits Of A Prepaid Forex Card During An International Trip ]

The Maiden’s Tower, built in the 12th century is called Giz Galasi in the local language meaning the Virgin Tower. It is one of Azerbaijan's contributions to the UNESCO World Heritage List. Climb the Tower for the spectacular view of the Old City and the rest of Baku basking in the sunset.

It is possibly the most popular destination in Baku for travellers coming from all over the world. The Shiravanshah dynasty that ruled Azerbaijan built this palace in the 15th Century. This palace comprises of Divanhane (the main building), the mosque of the shah, the mausoleum of Seyid Yahya Bakuvi, Murad’s gate and a reservoir. Even if you aren’t architecture or history aficionado, the grand beauty of this palace will leave you mesmerised.

The Baku Museum of Miniature Books is the only one of its kind. There are over 6500 books from over 60 countries. Some notable ones are a copy of the Quran from the 17th century and 13th-century book published by Peter Schoffer who was the successor of Johannes Gutenberg.

As the sun sets, you will realise that the Nizami Street has just started buzzing. It only not has high street fashion stores but also is renowned for delectable kebabs. Just walk into any of the ‘doner’ shops and request for ‘lavash’ which is a wafer-thin flatbread not unlike a thin, crisp roti. All types of skewered meat, also called ‘shashliks’, ranging from lamb, chicken, fish, lamb and beef are available to be savoured.

Spend the evenings at the picturesque Bulvar waterfront. Relax and rejuvenate as musicians’ exhibit their talent. Cafes, fountains and fairground rides ensure that people of all ages come here unfailingly. Even as Baku beckons you to an unforgettable holiday, don’t forget to invest in the right travel insurance for a stress-free vacation!

Disclaimer: This article has been authored by Scatter, a Mumbai based content agency. Axis Bank doesn't influence any views of the author in any way. Axis Bank & Scatter shall not be responsible for any direct / indirect loss or liability incurred by the reader for taking any financial decisions based on the contents and information. Please consult your financial advisor before making any financial decision.

At your request, you are being redirected to a third party site. Please read and agree with the disclaimer before proceeding further.

This is to inform you that by clicking on the hyper-link/ok, you will be accessing a website operated by a third party namely Such links are provided only for the convenience of the Client and Axis Bank does not control or endorse such websites, and is not responsible for their contents. The use of such websites would be subject to the terms and conditions of usage as stipulated in such websites and would take precedence over the terms and conditions of usage of www.axisbank.com in case of conflict between them. Any actions taken or obligations created voluntarily by the person(s) accessing such web sites shall be directly between such person and the owner of such websites and Axis Bank shall not be responsible directly or indirectly for such action so taken. Thank you for visiting www.axisbank.com